Ever since the first grade I’ve worn glasses. I hated them because they made me the object of relentless teasing. I loved them because they made everything clear. Even at that young age, I appreciated how necessary my glasses were. That appreciation was keener when I broke a pair, and I broke many pairs. Backyard football was a vicious offender. No matter how many times my parents told me to take my glasses off while I played, I never did. I wanted to see the game while I played it. But, no matter how many times I broke a pair they dutifully replaced them. They knew my vision was important.

I let others know my vision was important too. My inviolable rule was that no one should ever knock my glasses from my face. Once someone broke that rule, there would be a fight. It finally happened and my boyhood bluster forced me into a corner. An argument about kickball began with nothing more than insults, but quickly led to shoving. The escalating shoves knocked the glasses spinning across the room. My classmate moved across the room and gingerly picked them up. He put them in his pocket with a nod. His grin assumed one thing—there would be a fight. And a fight there was. It ended quickly when a teacher broke it up, but I had thrown the gauntlet down. Never again was I teased about wearing glasses.

Later, I stopped wearing prescription glasses altogether. Convinced my eyes were only indifferent and my sight could be improved, I put my glasses in a drawer and refused to wear them. It forced my eyes to cope with no help from a prescription. Believing this exercise regimen would prove my glasses were unnecessary, I vowed to wait for 20/20 vision. My vision changed, but so did enjoying opening my eyes each morning. With my newly found freedom from glasses came frequent headaches, fatigue from squinting, and a lack of confidence in observing the world around me. Prescription glasses were what I needed.

As I grew up, glasses became part of my identity. I decided that if I had to wear them, I would make sure they were obvious to everyone. I chose a dark-framed pair. Those became my signature, my statement. People told me I didn’t look like myself if I wasn’t wearing them. Those glasses didn’t point to a problem with my vision, they made me feel good about myself. 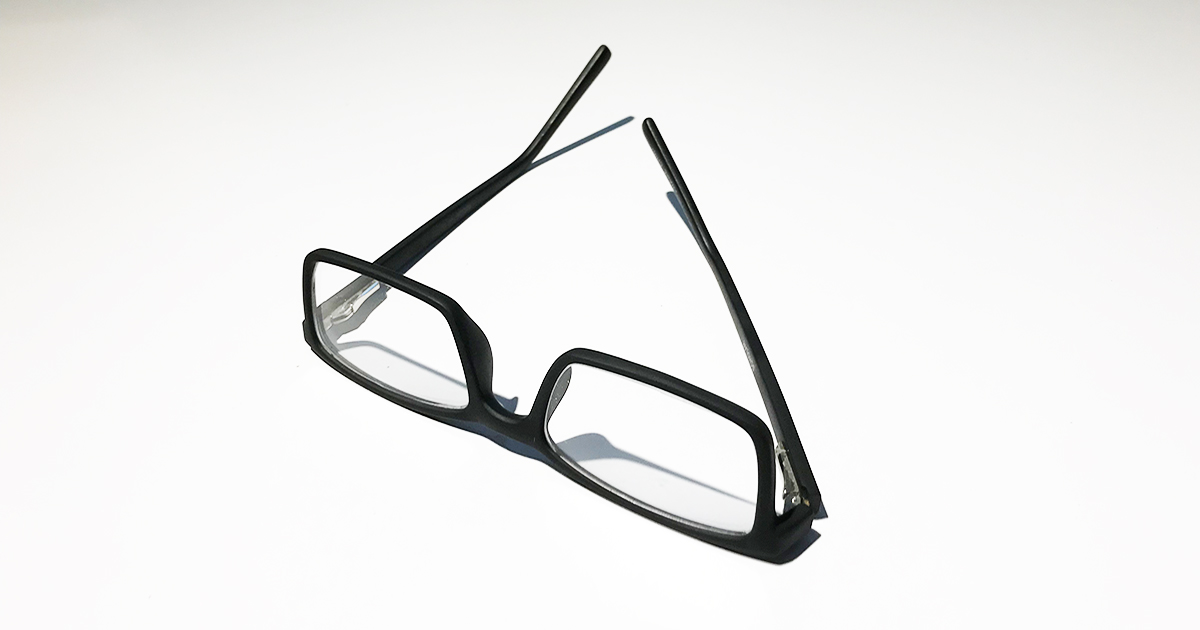 I am still wearing glasses, and I still appreciate them. I need them now more than ever. So, when my eyesight changes, and unfortunately it does, I complain for a while, then I go get my eyes checked. I walk out with a new prescription and new glasses. I still remember the truth I learned in first grade. My glasses make everything clear.

And that’s my vision story.